The British Academy of Film and Television Arts (BAFTA) has today announced that Daniel Craig will discuss his career live on stage at an intimate ‘BAFTA: A Life in Pictures’ event supported by TCL Mobile on Friday 24 September. The event will take place at ODEON Luxe Leicester Square, Home of Premieres. Radio DJ and TV presenter Edith Bowman will host the special session.

The BAFTA-nominated actor will share insights from his long-standing film career ahead of his final appearance as James Bond in No Time To Die (2021) directed by Cary Joji Fukunaga, which will be released on Thursday 30 September.

This is the second BAFTA: A Life in Pictures event supported by TCL Mobile, following the 2020 interview with George Clooney. TCL Mobile has also supported the BAFTA TV Sessions for the past two years which take place in the build up to the Virgin Media British Academy Television Awards.

Share on TwitterShare on FacebookShare on PinterestShare on EmailShare on WhatsAppShare on TelegramShare on SMS
Tags: BAFTA career Craig Daniel host retrospective 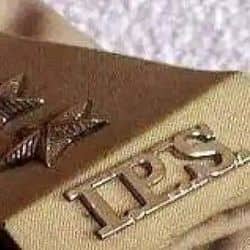